What I miss or not about France

This point is the first one that came to my mind when I was listing up the different items of this article. Obviously, the clichés that we, European people, make up about Mexico, do some real background. Mexico is a dangerous country, and a bunch of cities are riskier than others, among them the federal capital Mexico City, the states of Sinaloa and Veracruz in general, and Guadalajara, the second biggest city in the country. I am not only evoking insecurity in the public transportation for women (the feminicide rate is explosing) or in the streets when it comes to beggars or louts that try to steal your belongings (money, watch, car, purse, cellphone…). It also has to do with the drug war between the cartels that control their own territory in Mexico. This violent conflict leads to terrorist attacks, assassination intents, bloody confrontations that can take place anywhere, at any time.

This is why you have to be very careful when outside. Whereas in France, I was used to walk in the streets with my cellphone in the hand, checking my social media or calling someone. I was also feeling secure about taking the metro or going home alone at nighttime. 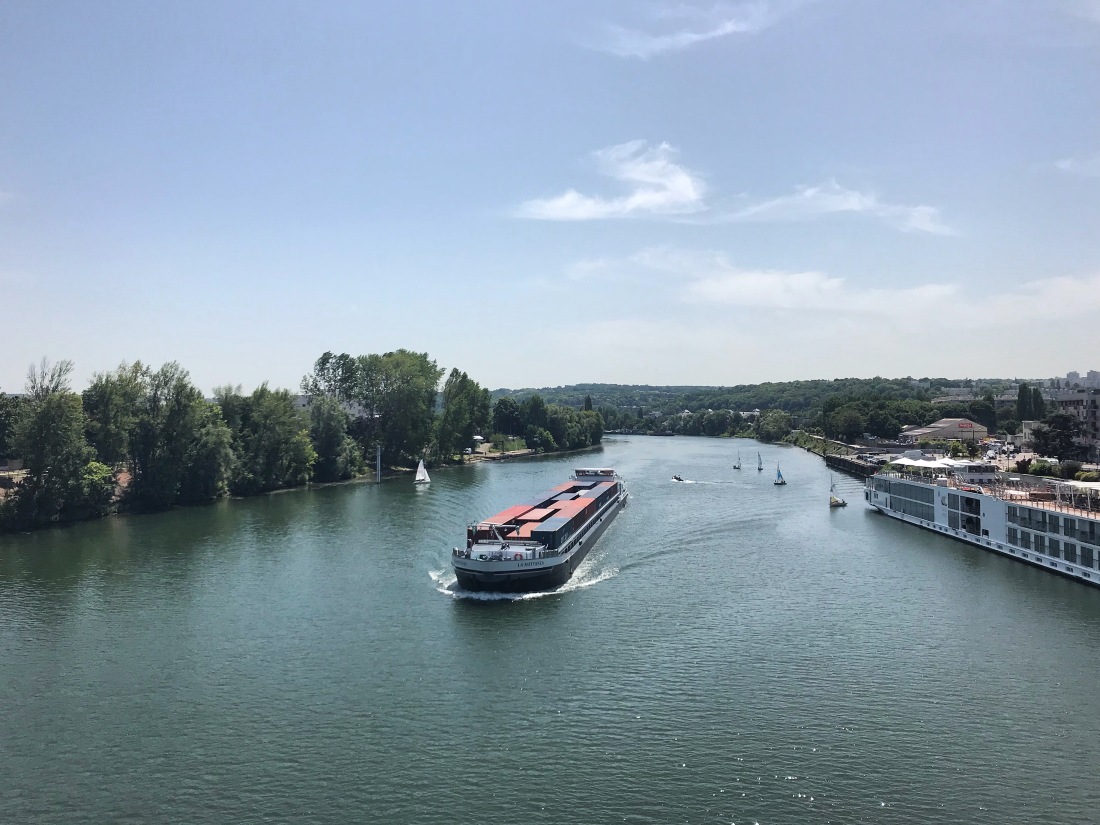 It may seem weird to you mentioning this while I actually chose to live abroad for a whole semester. However, I think that it is the overall feeling that keeps occupying my mind in those months that I lived far from home, including during my one-year-long student exchange in Bogotá, Colombia last year. Have you ever experienced it?

It starts appearing after some time lived far away, separated from your loved ones and your usual life routine. Since everything changes, from your environment to your acquaintances, passing by the food you eat, the language you speak and the culture you are immersed in, you will automatically adapt your mind and your body to your new habits. Yet, the more you learn about the politics of the country you live in, the culture of the people you live with, the history of the land that welcomed you, the more you feel foreign and stranger to it. In brief, it may seem bizarre to feel more and more different as you integrate yourself in the new place, but it turns out to be a strong feeling that will overwhelm you.

In other words, I miss feeling in my right place in the country I was born in. I miss knowing every public figure, every bit of the people’s History and the Republic, every cultural habit. I miss understanding each and every word that is pronounced. I miss the general atmosphere of feeling at home. 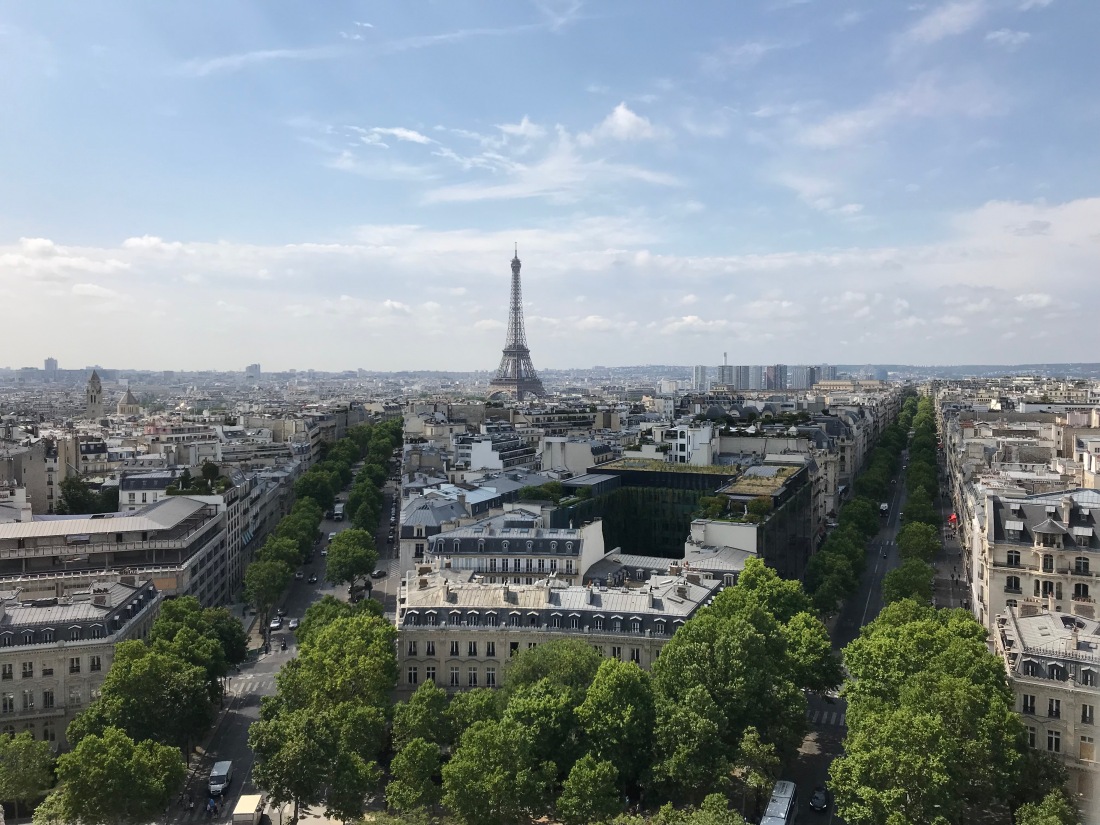 As for the first point, it may seem obvious to you that Mexico is less developed and industrialised than Europe, since it grew up during a long part of its history as a Spanish colony, and then it has been considered as a third world country, since its independence in 1810. However, to all Latin-Americans, Mexico is a kind of example of economic growth. It is considered the leader of the whole Latin-American continent, alongside with Brazil. Hence my idea of a way better developed country than South America in general, after having lived for 11 months in Colombia.

But I was partly wrong. Mexico may be an economic leader in Latin America, it still suffers from a deep corruption that eats up its political stability and the need of solid public infrastructures (such as well-built roads, a punctual bus network, in-time finished works), environmental unconcern with a high rate of pollution, drinkable water, possibility to pay by credit card everywhere. And when you pay attention to all those social problems, it contrasts a lot with France. 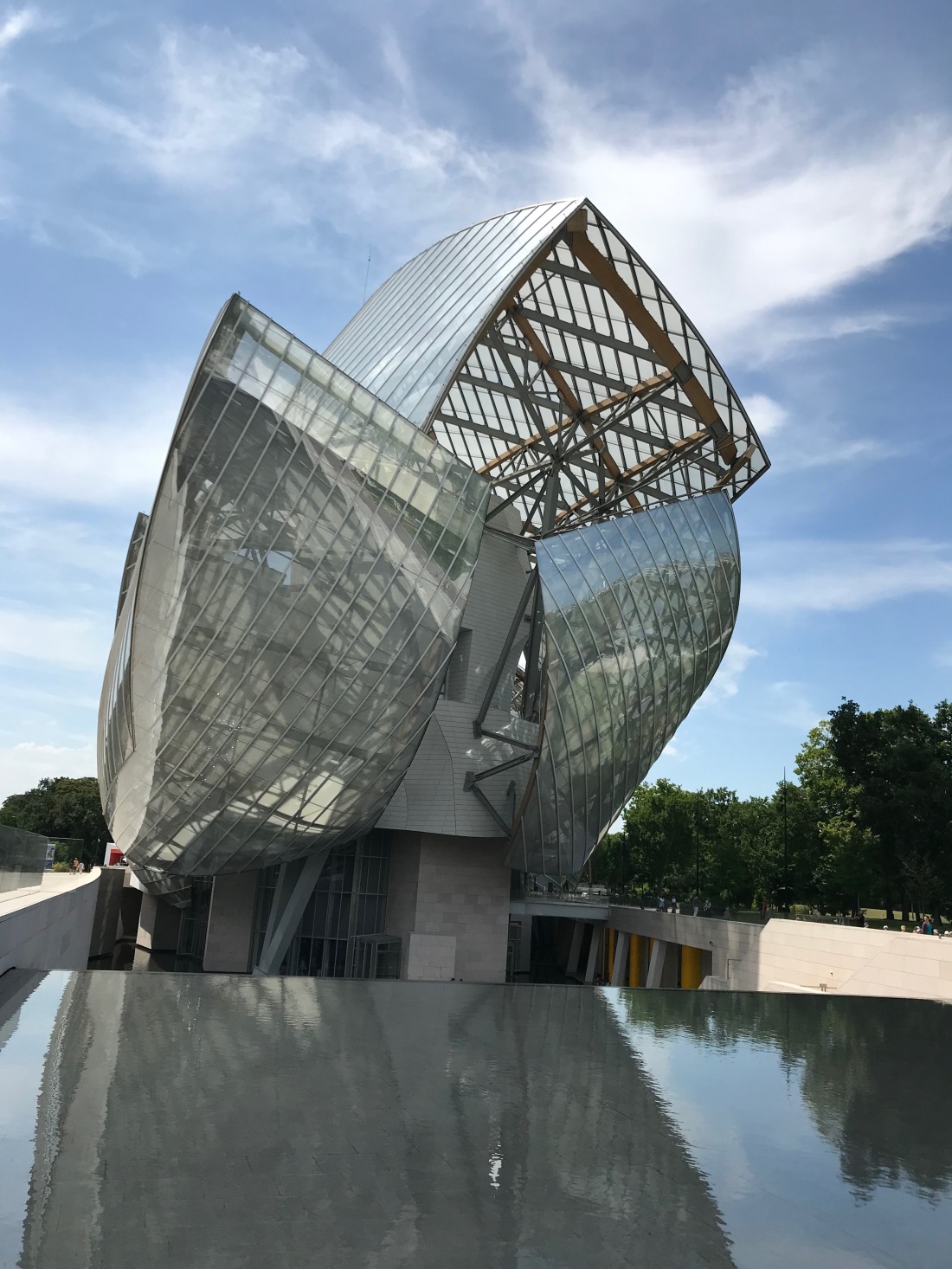 In the following section of this article, I will develop the positive points about living in Mexico, and, among others, because I praise their traditional food. This is the reason why, at the opposite of when I was in Colombia, I do not miss at all European food diversity. Supermarkets are provided with Mexican products, as well as American ones, that are generally relatively similar to European ones. For example, I can buy various varieties of cheeses, as well as yogurts, quick-frozen vegetables and meat… and it makes me the happiest.

Unfortunately, it is still complicated to find organic products, for instance crudités, cereals or fruit juices. In the same way, I would love to find here more chocolate and coffee. Before coming, I would tend to imagine that, because Mexico is the inventor of chocolate, I would find a huge quantity here, as for the coffee.

Overall, I miss French eating habits. In Mexico, people do not have a real meal schedule. If you take into account that they have four meals in a day (breakfast, lunch, “meal”, dinner), well they do not have precise hours to eat. They can have breakfast at 8 or at 11am and can have dinner at 8 or 11pm. 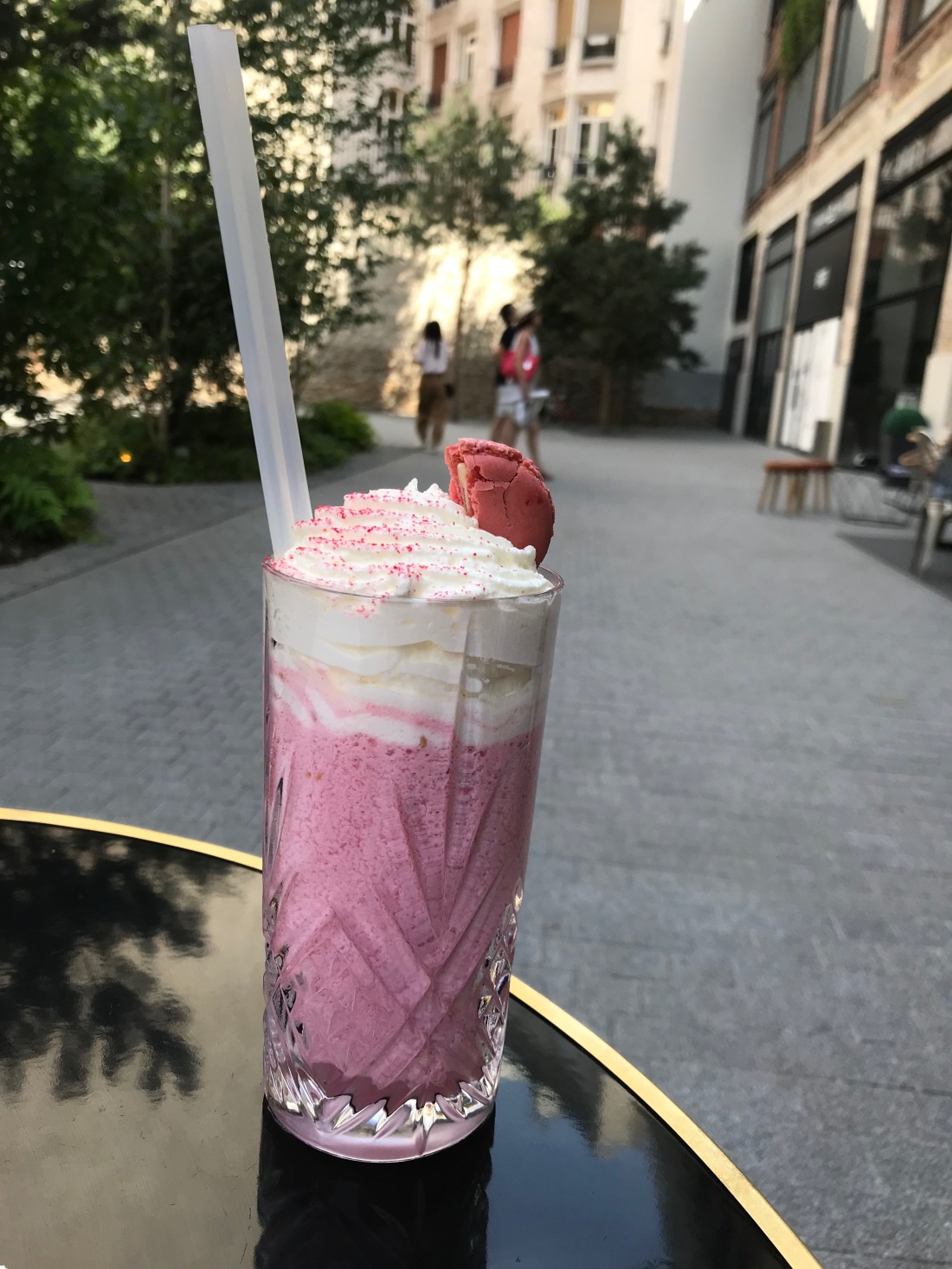 Before leaving my native land for a long time, I did not have the opportunity to notice that French people had a very typical way to deal with life in general. Let me explain my point: according to me, we are a lot more direct than Latin-American people, when it comes to announce or sort something out. We are not afraid to tell the truth, to express our opinion. In the contrary, Latin-American people have a positive way of thinking. They will not always dare to tell you a negative opinion, or a negative answer. For example, they will always say that they are going to do their best to meet you, or to come to an event, when there are almost sure not to be able to reach it. As a comparison, Eastern Europeans and Middle Eastern peoples have a similar behaviour.

Last but not least, I could mention that I miss French humour, because Mexicans are all about “albures”, that are puns with a sexual connotation. But this one is just a small funny point. 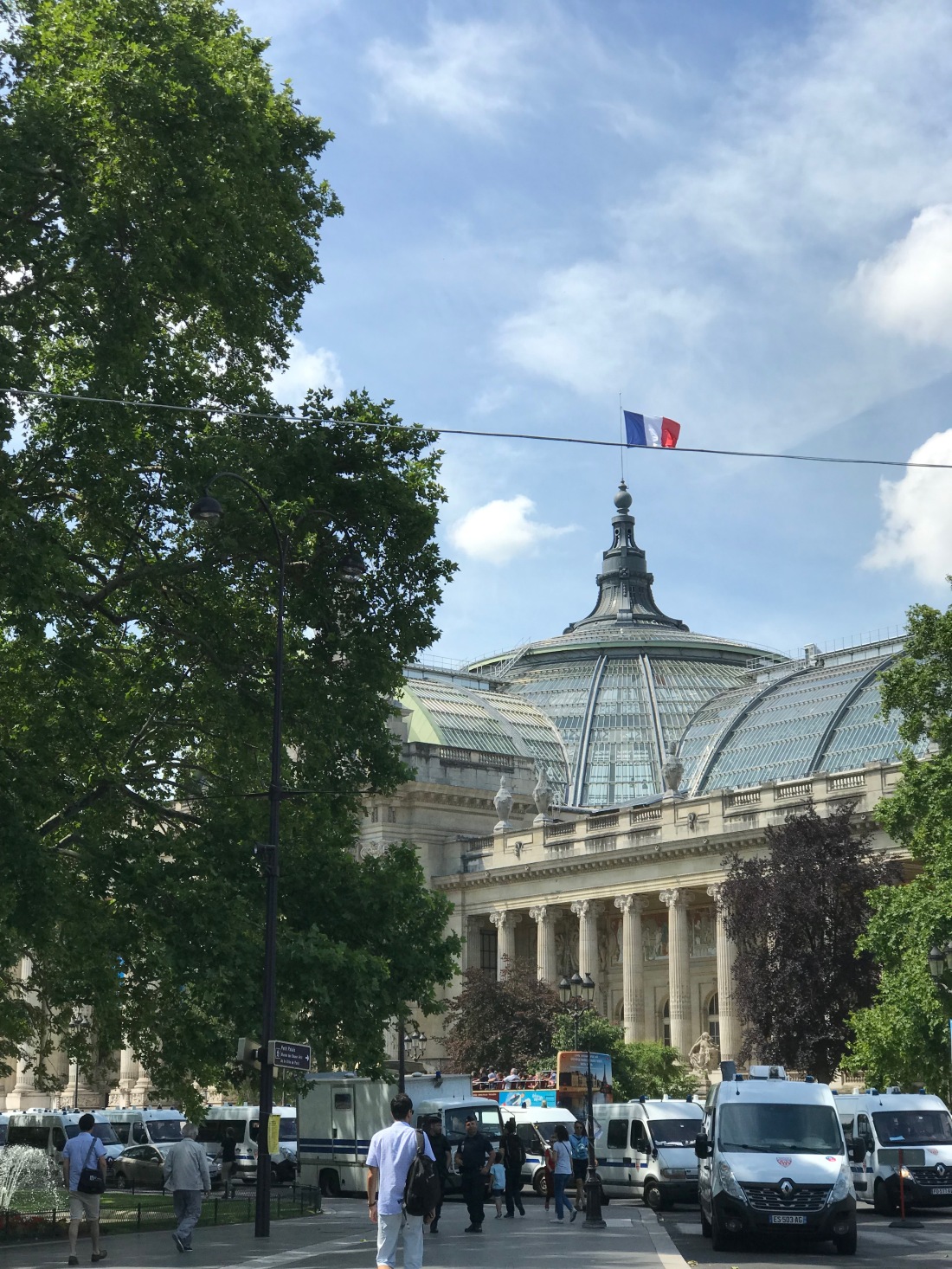 As Obelix (I hope that you know this fabulous French comics character) fell into the magic potion when he was a little boy, I have always had a fascination for Spanish. Of course, Italian is a beautiful language too, as well as English, however, when it comes to Spanish, it is a completely distinct story. Actually, since last year when I came to Latin America for the first time, I have never lived a day without speaking Spanish.

Therefore, having the opportunity to experience a different way to speak Spanish in Mexico represents a real challenge to me, that fulfills me every day. It seems that it is the perfect language to me, the one that was meant for me. I feel that I completely embrace my mind and personality when I am speaking in Spanish. Its exotic rhythm, sweet tones, smooth sounds make me want to stay here forever. 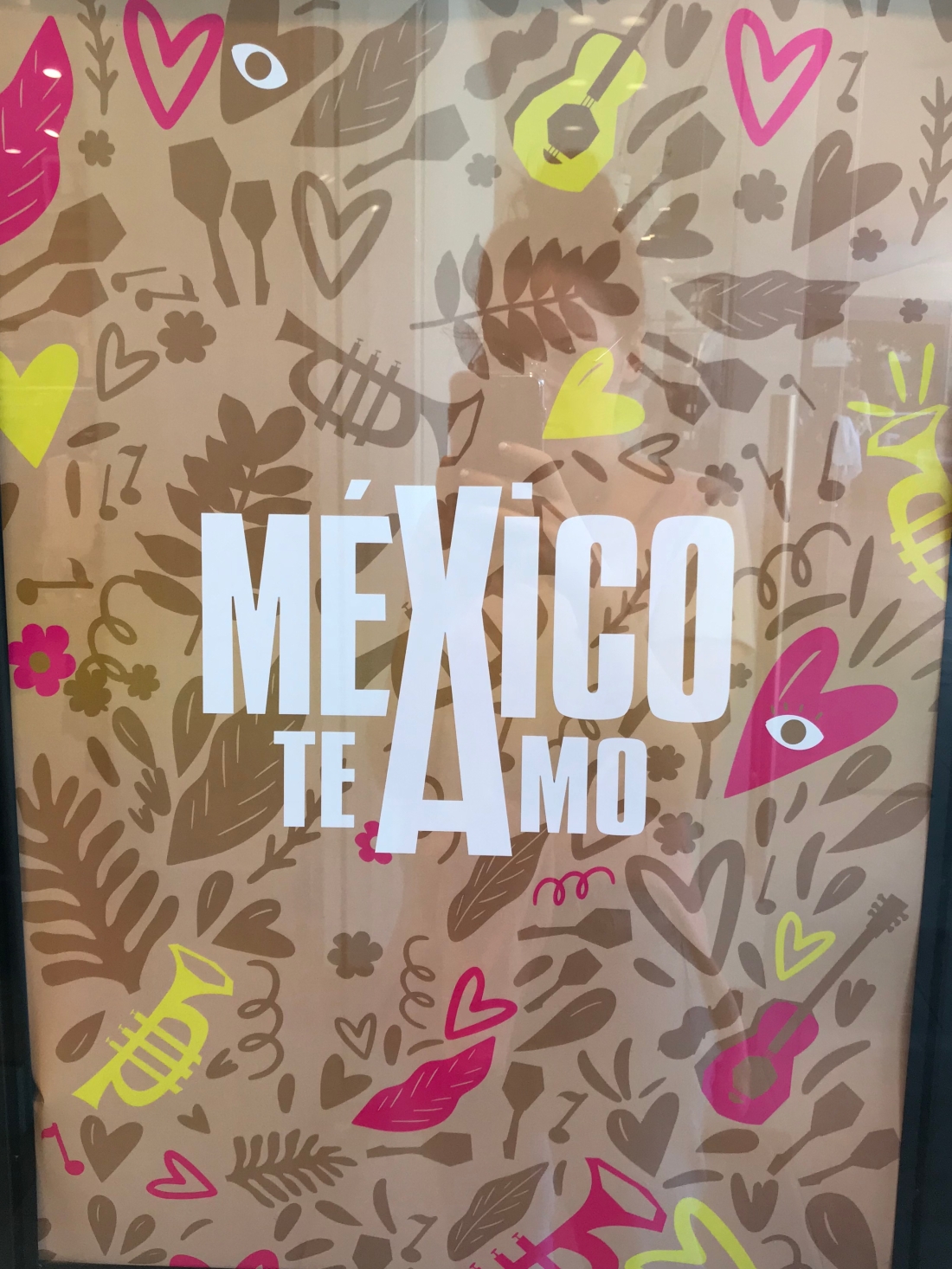 I consider this point the most important reason why I do not miss my native place that much. Mexico possesses a special delight that enchants me, as well as other tourists that get to know the country: its people. Locals are so welcoming, kind, positive, smiling and optimistic. They do not judge you without knowing who you are. They do not treat you like a tourist and do not discriminate you for this, like some do it in other countries. They will encourage you and help you to discover each trait of the Mexican culture, by offering you food, housing and explaining you how things work.

This also includes the most festive celebrations that I have ever experienced in my life. Here, every good piece of news is an excuse to organize a family or friends meeting and to celebrate together, drinking beer and eating “antojitos”, while listening and singing along to banda or norteña songs. This is also present in the street life, where you can find public dance classes, in the middle of a commercial area, for instance. Mexican culture is so rich that you will never get bored and will always get to know something new! 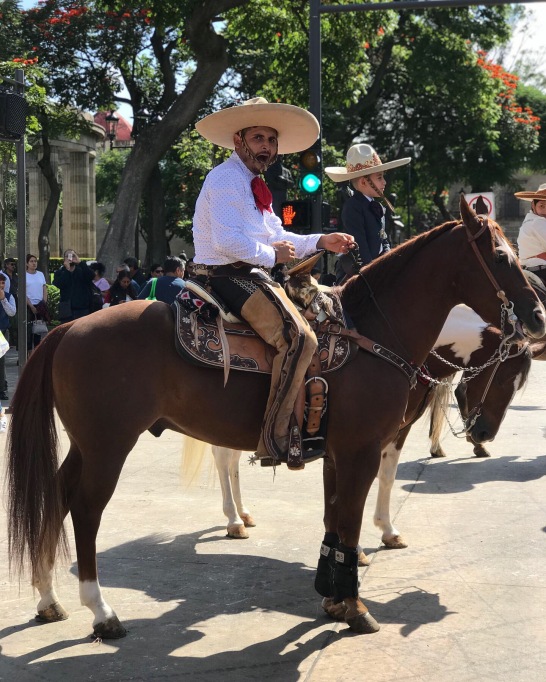 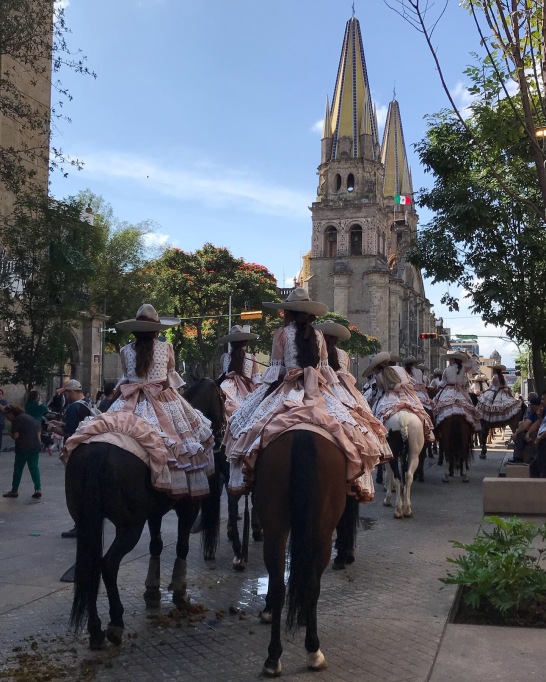 Around the country, you can find fresh produce at good prices in the local markets, as well as in grocery stores. This is a good way to eat healthily, in a territory where fat predominates in the traditional recipes. As in all Latin-America, street food stalls are legal in Mexico. You can find them everywhere, at every street corner. Some of them will sell food in the morning, others for the « comida » (late lunch), and others at night. They usually do not move from their place, so it is easier to remember where each food stall is. Moreover, the mini restaurants are especialized in one sort of plate (« platillo »), which can be tacos, gorditas, gringas, hot dogs, sopes, tortas, tamales, maïz, and drinks too -tejuino, all types of juices-.

To sum up, Mexico is the best choice if you want to eat tasty, delicious, organic and cheap food.  No need to go to a restaurant, you can find it all in local markets or street food stalls. around your house’s corner. 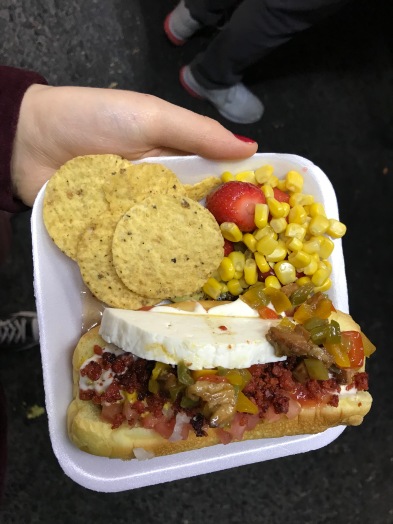 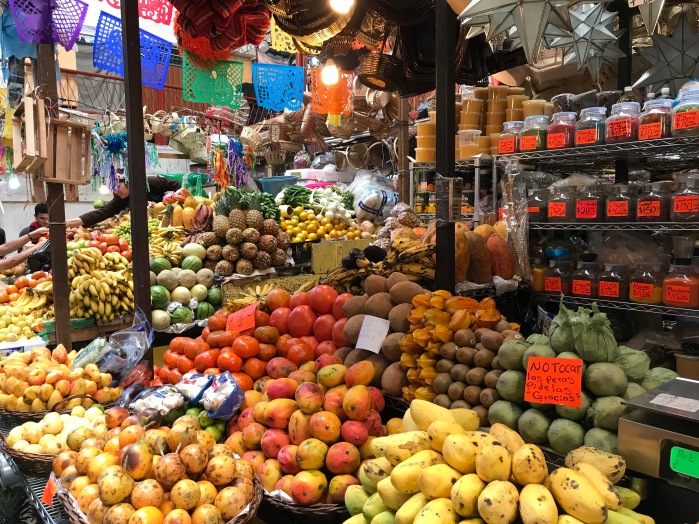 As it is the case in other countries of Latin America, Mexico’s cost of living is pretty low. However, it is important to mention that this statement only applies in some Mexicain cities and provinces. Indeed, the cost of living in touristic areas, such as Puerto Vallarta, Jalisco, Mexico City, or Cancún, Quintana Roo, is obviously be a lot more expensive than in Guadalajara, Jalisco o Oaxaca, Oaxaca, that are less popular zones. It happens the same between rich and popular neighbourhoods within a city. For example in Guadalajara, the prices of housing are a lot higher in the Providencia district than in the surroundings of the Estadio Jalisco.

Nonetheless, in general, the cost of living in Mexico will seem inexpensive to European and North American people, whether for food (that you can by cheaper in local markets or grocery stores) or housing. As far as other services are concerned, beauty salons are also part of the good deal. May it be for a haircut, a hairdressing, a manicure, a pedicure or makeup, prices correspond to the third of the French price. In addition to it, taxis, uber or Didi drivers will bring you to your destination for a low-cost fare (about the third of the French cost). Last but not least, this is for movie fans. Let me tell you that a theater entrance is quite expensive back there in France. You will have to pay around 8 euros,  and for one medium pack of popcorn, some theaters will have you pay between 10 and 15 euros! Can you believe it, whereas in Mexico one entrance costs 3 euros and a big pack of popcorn plus two drinks ‘only’ 8 euros?! 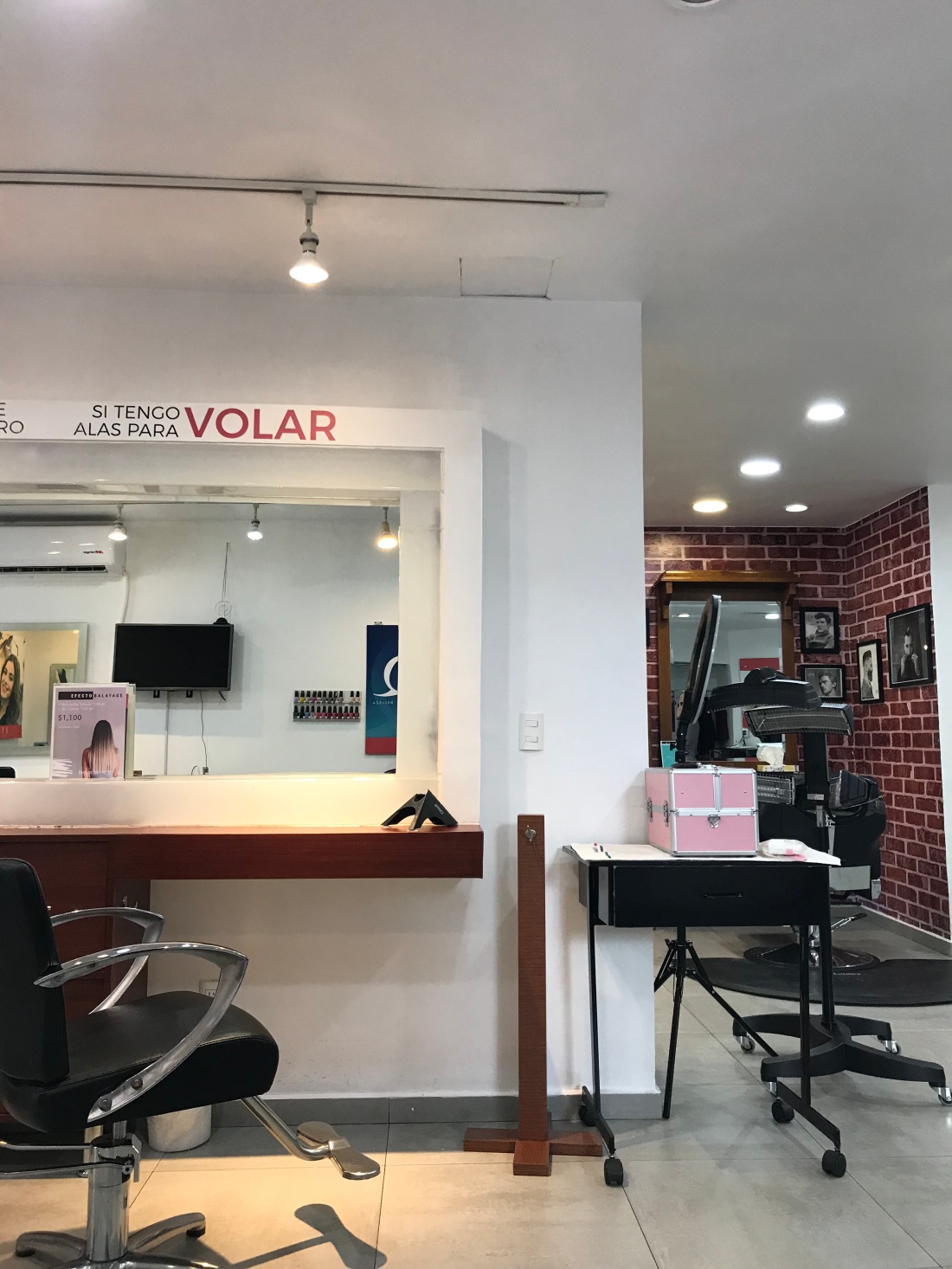 However different might be the Mexican way of life compared to the North American one, it does not mean that the world number one superpower does not influence the Latin country. You can note this cultural and economic influence with the various American TV program that are transmitted on the national TV, or  the typical « Cinepolis » theater that is very popular in Mexico, also the 24/7 open stores, like Oxxo or 7/11.

By the way, something that surprised me are the 24/7 open « pharmacies », that sell everything you need, just like in the United States. The « Farmacía Guadalajara » or the « Benavides » are located at each street corner, and have miscelleanous goods, from medicines to snacks, yoghurts, pastry, alcohol and hygiene products. 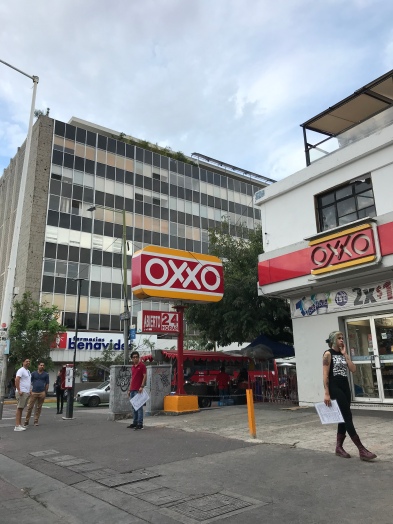 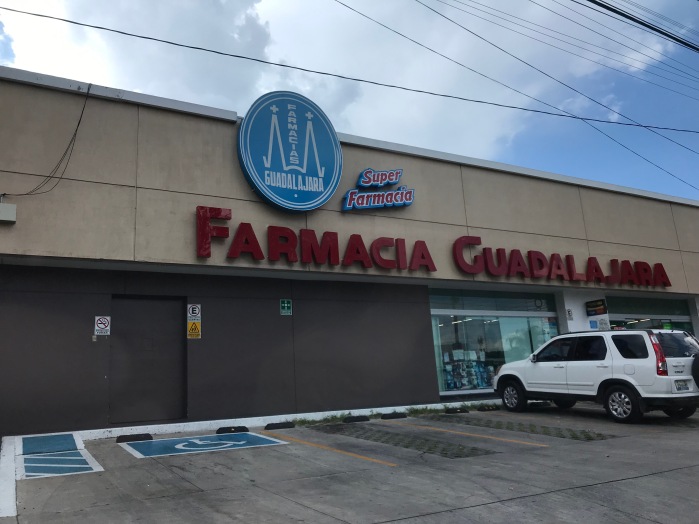